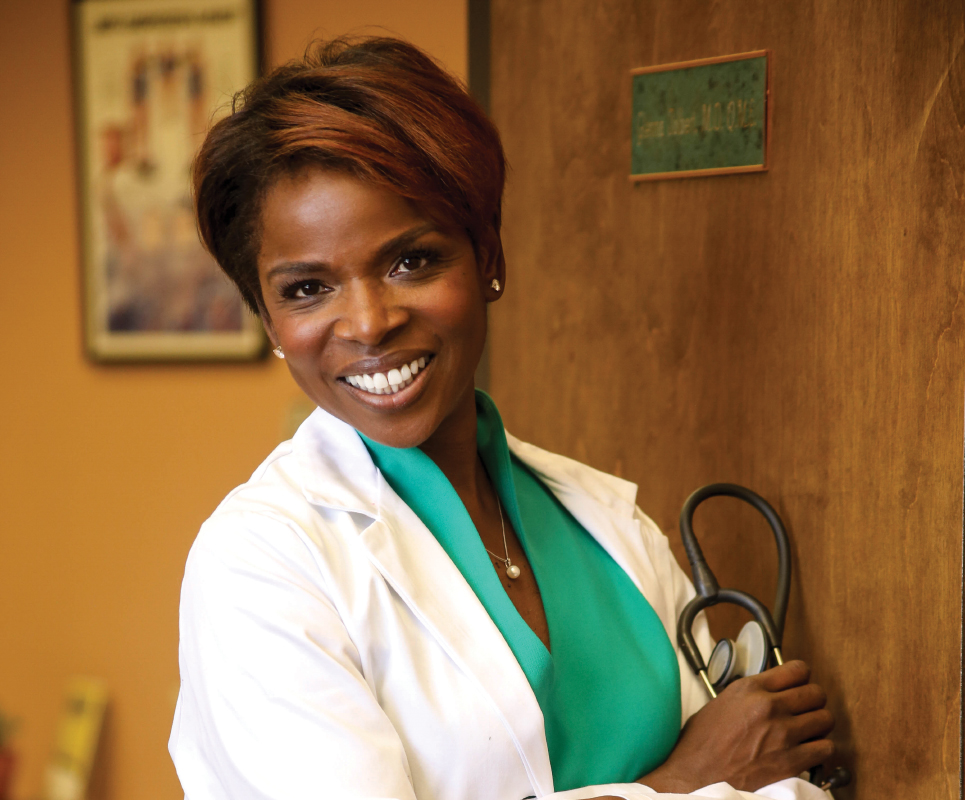 This article was originally published by Becker’s Spine Review.

As of September 2016, 34 percent of the physicians in the United States were female, according to the Kaiser Family Foundation, and only a percentage of those physicians hold leadership positions.

Here is a list of female physicians who have risen to powerful positions within hospitals, health systems and medical societies.

Susan R. Bailey, MD. Fort Worth (Texas) Allergy and Asthma Associates. Dr. Bailey is the speaker of the AMA House of Delegates. She has previous experience as chair of the AMA Council on Medical Education and is a past president of the Texas medical Association.

Amalia Cochran, MD. University of Utah (Salt Lake City). Dr. Cochran is the vice chair of education and professionalism at the University of Utah department of surgery and immediate past president of the Association of Women Surgeons. She serves as the treasurer of the Association of Surgical Education and serves on the American College of Surgeons board of governors and health policy advocacy group.

Lynda Kabbash, MD. Atrius Health (Boston). Dr. Kabbash is the chair and member-at-large of the AMA’s Women Physician’s Section Governing Council. She is an allergist at New England Baptist Hospital and Atrius Health, both in Boston, and president of the Norfolk District Medical Society.

Christine Laronga, MD. Moffitt Cancer Center (Tampa, Fla.). Dr. Laronga is president of the Association of Women Surgeons. She is a board-certified general surgeon and a senior member of the department of women’s oncology at the Moffitt Cancer Center. She is the Florida State chair for the Commission on Cancer.

Lisa L. Lattanza, MD. UCSF Medical Center. Dr. Lattanza is the chief of hand, elbow and upper extremity surgery at UCSF and president of the Ruth Jackson Orthopaedic Society. She is the co-founder and president of The Perry Initiative, a non-profit organization that provides experience and exposure in orthopedic surgery and biomedical engineering for female high school students and female first and second year medical students.

Jennifer Lawton, MD. Johns Hopkins Medicine (Baltimore). Dr. Lawton is the past president of Women in Thoracic Surgery. She is the associate chief of the division of cardiac surgery at Johns Hopkins and has received the Thoracic Foundation for Research and Education’s Nina Starr Braunwald Career Development Award.

Mary I. O’Connor, MD. Yale-New Haven (Conn.) Hospital. Dr. O’Connor became the inaugural director of the Musculoskeletal Center at Yale School of Medicine and Yale-New Haven Hospital in May 2015. Her previous experience includes time as the medical director of the Mayo Clinic Integrity and Compliance Office in Rochester, Minn., and she was chair of the orthopedic surgery department at Mayo Clinic’s Jacksonville, Fla., location.

Marsha D. Rappley, MD. Vice President of Virginia Commonwealth University Health Sciences and CEO of VCU Health System (Richmond). Dr. Rappley became vice president of health sciences and CEO of the VCU Health System in August 2015. She has previous experience as the chair of the board of directors for the Association of American Medical Colleges and chair of the FDA’s pediatric advisory committee.

Glenna Tolbert, MD. Tolbert Center for Rehabilitation and Wellness (Encino, Calif.). Dr. Tolbert is the immediate past president of the Association of Black Women Physicians. Before she founded the Tolbert Center, Dr. Tolbert was the chief of the adult brain injury service in the neuro-trauma division at Rancho Los Amigos Medical Center.

Georgia Tuttle, MD. Alice Peck Day Memorial Hospital (Lebanon, N.H.). Dr. Tuttle is a member of the AMA board of trustees and was the first woman elected president of the New Hampshire Medical Society. She is the AMA’s representative on the Physician Consortium for Performance Improvement Foundation Board.

Kristy Weber, MD. Penn Medicine (Philadelphia). Dr. Weber is the immediate past president of the Ruth Jackson Orthopaedic Society. She is also the chief of orthopedic oncology at Penn Medicine, vice-chair of faculty affairs in the department of orthopedic surgery and director of the sarcoma program at the Abramson Cancer Center in Philadelphia.

Penny Wheeler, MD. President and CEO of Allina Health (Minneapolis). Dr. Wheeler heads up Allina Health, a system spanning 13 hospitals and 61 clinics. She previously led the system’s quality and value strategy as chief clinical officer and served on the Allina Health board.

After more than 20 years of operating a state-of-the-art medical facility in Encino and healing hundreds of patients from their chronic pain, we are pleased to announce that the Tolbert Center for Rehabilitation and Wellness will be opening a second office in Beverly Hills in July.

The Tolbert Center is proud to announce that Dr. NaNotchka Chumley, D.O., MPH, will join the practice to lead our primary care services. Dr. Chumley has been practicing family medicine and urgent care in the Greater Los Angeles area for more than 20 years.

We are proud to announce that our founder, Glenna Tolbert, MD was honored and profiled…